PROMPT: Brick Walls—we all have them. This would be a good week to write down what you know about your brick wall problem. (Sometimes just writing about it can help!) You could write about an ancestor who used to be a brick wall. Or get creative—maybe an ancestor who was a bricklayer?

Although I have numerous “brick walls,” i.e., “dead ends” in my genealogy research, I chose for this week’s assignment to instead use my own current obstacle to moving forward: the pandemic.

At times lately, I feel that I have “hit a wall.” I attribute this to several factors:

Personal projects I began with much enthusiasm early in the pandemic have provided joy and motivation, this 52 Ancestors in 52 Weeks challenge included. Lately, however, even these personal endeavors do not ignite the “spark” as predictably as they did earlier in the pandemic.

I am at least comforted by the fact that I am not alone. A recent New York Times article entitled “We Have All Hit a Wall” detailed this phenomenon.

It’s not just me.

Natasha Rajah, a professor of psychiatry at McGill University who specializes in memory and the brain, said the longevity of the pandemic — endless monotony laced with acute anxiety — had contributed to a sense that time was moving differently, as if this past year were a long, hazy, exhausting experience lasting forever and no time at all. The stress and tedium, she said, have dulled our ability to form meaningful new memories.”

If “revenge travel” is a term unfamiliar to you, I submit the following:

“Many Americans and those around the world had their vacations altered or outright canceled last year, so they are all looking to satisfy their travel itch at the same time. The term is also retribution against COVID-19 and how it is losing its power to control our lives, including canceling travel plans.”

“Revenge Travel” Will Be All the Rage in the Next Few Years”, by Caroline Bologna for Huffington Post.

In thinking about this assignment, I found myself wondering: What interruptions, hardships, inconveniences, loss of income, and loss of life did my ancestors who lived during the so-called “Spanish flu” face? Would reading about their hardships and inconveniences make processing my own any easier?

As far as the former question, here is what I found:

Mark Braden Cathcart (1897-1992). I had heard recently from a family member that my Great Uncle had been very close to succumbing to influenza. While I can’t speak to the severity of his illness, I have been able to confirm that he did indeed battle the virus.

Mark no sooner recovered than another ancestor–also a young soldier-in-training at Camp Funston–contracted the virus: Raphael Sloop McDermond (1896-1942)–the brother-in-law of my great granduncle, James Cameron “Cam” Curry (1881-1950).

Camp Funston–within the Fort Riley complex–where these ancestors trained was essentially Ground Zero for the pandemic of 1918. The influenza virus was thought to have originated in Haskell County, Kansas, and made its presence known at Camp Funston shortly thereafter. From this reference, it’s easy to see how the virus would have spread quickly:

“Camp Funston, at Fort Riley, was the largest training facility in the Army, full of makeshift non-insulated barracks, housing 250 soldiers each. It teemed with soldiers from all over the Midwest, training for duty in France.

‘They trained over 50,000 troops at a time who all lived in close quarters. The Army was cognizant that it needed to help our French and British Allies out, so there was no questioning, they were sending troops out — soldiers were being sent that had flu-like symptoms,’ said Robert Smith, supervisory curator for Fort Riley Museums. ‘Troops traveled by train from the Midwest to ports, then boarded ships bound for the war. Recruits were being shifted from camp to camp by the thousands and they were taking with them fatigue and it made for easy exposure. The infections and disease followed,’ Smith said. ‘Along the way, the virus mutated, many times. It hit people in waves, becoming more virulent each time. The first wave in the winter of 1918 was serious. The second wave — during the summer, when many of the soldiers were on the Western Front — was deadly,’ Smith said. ‘The third wave came during the fall, when troops were returning.‘”

At about the same time across the Atlantic, another young soldier, John “Lloyd” Keys, Sr. (1888-1948)–my 1st cousin 2X removed–battled the virus in a hospital in France while on active duty. (The Winchester Star – Winchester, Kansas – 15 Nov 1918.)

Another Winchester native, Foy Curry (1899-1981)–my 1st cousin 2X removed–was away at college in Pennsylvania during the pandemic. He wrote home that nearly half of the Geneva College faculty and student body had contracted influenza. (The Winchester Star – Winchester, Kansas – 18 Oct 1918.) 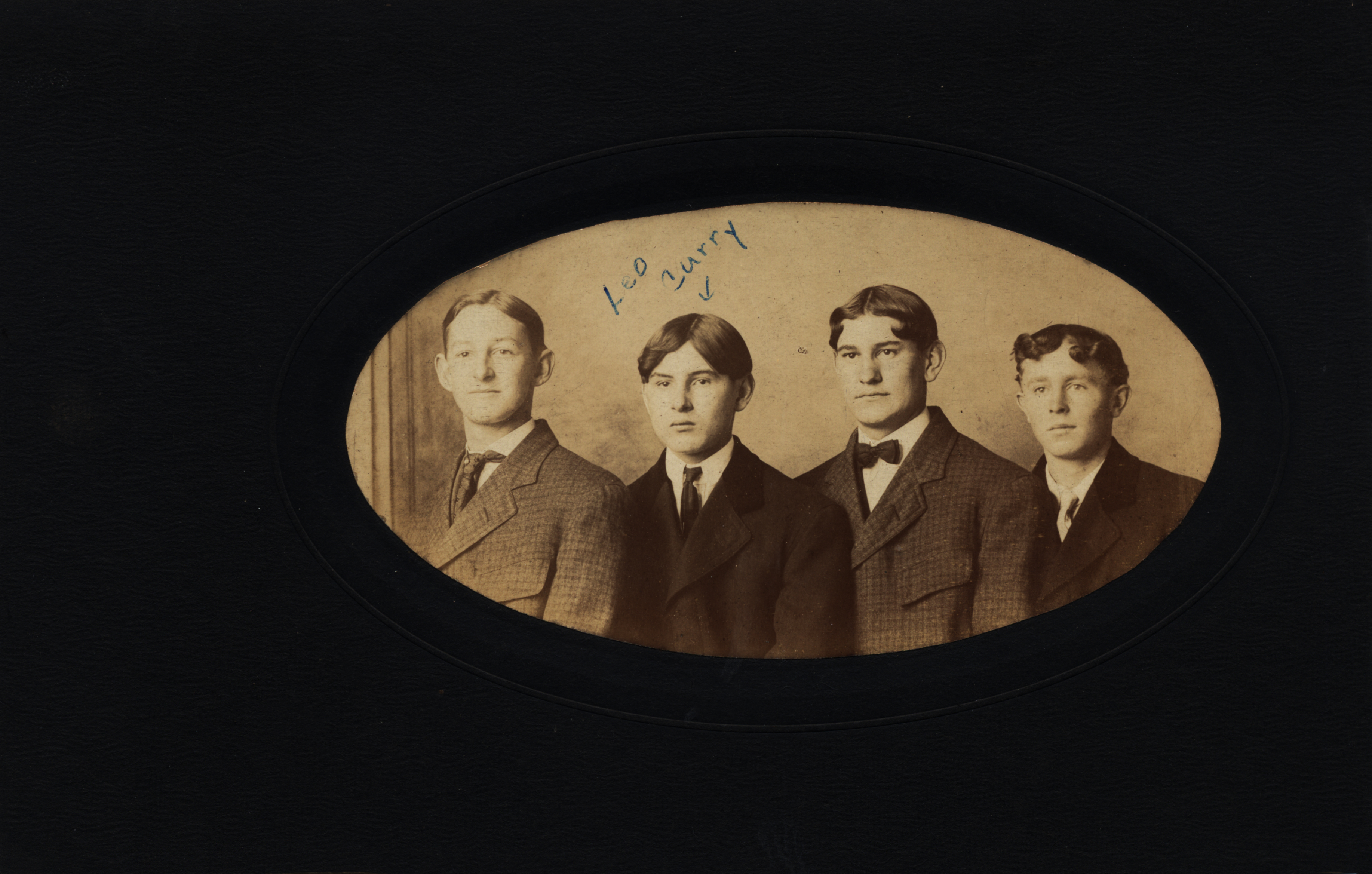 Meanwhile, in Pittsburg, Kansas, Maude Elizabeth Laney (1901-2006)–my 3rd cousin 2X removed–had a disjointed senior year of high school due to interruptions in the school year caused both by World War I as well as the influenza epidemic. (Pittsburg Kansan – Pittsburg, Kansas – 30 May 1919.)

She must not have allowed those disruptions to deter her ambitions: she went on to become a faculty member at Pittsburg High School–her alma mater–where she taught French and Spanish for many years.

Perhaps the strangest thing I found were a couple of columns in The Winchester Star about a suggested preventive for influenza: skunks! But, really, is this idea any more ridiculous than the absurdity of our former President suggesting that injecting bleach might be considered?

So, I am not certain whether the information I have found here will help me to better combat the malaise I have found myself in lately during this pandemic. But reading what I have and then realizing that, following several years of my ancestors’ lives having been turned upside down, a certain normalcy eventually returned does give me some amount of comfort and inspiration.

Just as the decadent “Roaring 20s” followed the pandemic of 1918-1919, there are those already predicting “parties and excess” and attempts, particularly by young people, to “reclaim [the] lost pandemic year,” predicting the “Roaring 2020’s.”

Perhaps a tutorial on dancing The Charleston is in order.

For twenty-eight years, I have been a member of the oboe section in the Metropolitan Opera Orchestra. I am a New York Mets full season-ticket holder. My site Perfect Pitch explores the intersection of Major League Baseball and playing for my own team at the MET. On my site Talking Leaves, I profile my progenitors and genealogical pursuits. View all posts by Susan Laney Spector

6 thoughts on ““Sometime I’ll Dance It One Time””

For twenty-eight years, I have been a member of the oboe section in the Metropolitan Opera Orchestra. I am a New York Mets full season-ticket holder. My site Perfect Pitch explores the intersection of Major League Baseball and playing for my own team at the MET. On my site Talking Leaves, I profile my progenitors and genealogical pursuits.